In an earlier episode, I shared how I failed to learn from the mistakes of a previous episode.  Well it does pay to reflect on how you are doing each day because you can learn from them.

In this episode I share how those lessons of the recent past have informed the development of new and more productive behaviours.

I am still not 100% there, but I am learning, I am growing and things are getting better for me as you’ll hear.

Today I have been applying the lessons of the episode a couple of days ago where I bemoaned that I allowed myself to be interrupted by a phone call I wasn’t expecting. And then wasting an hour or so on that call when I could have been doing something else.

Well, today I was in the middle of an important project. And once again, I hadn’t switched my phone off and it started ringing. I looked down and it was a number that I didn’t recognise.

Well rather than find out who it was, I switched the phone off and cracked on with the task that I had been doing.

Now, I did that because I learned from the mistakes of the past and specifically the last time it happened and had reflected on it.

It happened twice over a couple of days and I think I did an episode on both occasions, especially bemoaning that I had done it a second time.

I think one of the important things to realise about reflecting on these things is to learn from the lessons.

And so, because of that reflection, because of giving myself a bit of a stern talking to, and because I know I should be ignoring these things so they don’t interrupt me. I decided that I wouldn’t answer the phone.

Because I had left my my phone on, the lesson I’m going to take from today’s is to switch it off completely so it doesn’t ring in the first place.

Now, this person was pretty persistent.

They tried to ring me twice today and both occasions, I was in the middle of doing something. They didn’t leave a message.

Now, if they didn’t leave a message, maybe the call wasn’t that important.

This is an approach I have adopted before in the past where I used to allow all calls to go to my answer service.

And what I found was that 25% of callers didn’t leave a message. And so straight away this filtering method cut out 25% of conversations.

Now I’m assuming that because they didn’t leave a message then it wasn’t important.

I could well be wrong, but on balance with the other 75% of calls that I do take during the time when I am available, I don’t think I’m missing that much.

And so today I have re-learned my lesson.

I’ve applied that lesson and now I’m sharing that with you and that means I’m reinforcing the new behaviour I’m now adopting.

So that’s today’s lesson – I’ve learned something today and I hope you have too. 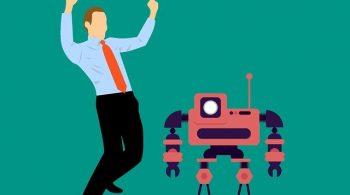