Someone accused me of being a perfectionist yesterday – but in a good way. I reflected on this and thought I’d share my thoughts about my thoughts on that thought. I also look at commitment to the task too.

Yesterday I was proudly labelled as a true perfectionist. The context of the conversation is a group of fellow speakers were talking about stuff yesterday and reference was made to a friend and colleague who wasn’t present.

Someone quipped about them being a perfectionist so I put myself forward to taking the brunt of the lighthearted (and well meaning) banter that was going to be targeted at our absent friend.

But then someone said “No Michael you really ARE a perfectionist”.

It took me a moment or two to realise they were actually complimenting me. They were making the point that many people claim to be a perfectionist as a way of avoiding doing something. It is a convenient excuse that something isn’t ready to be delivered or launched.

In my friends humble opinion, he felt that I actually WAS a perfectionist.

It was an interesting experience that got me thinking.

Now I have been guilty of perfectionism in the past, but I think I have let that go now. I know that to be true because I am launching things that are incomplete or ill defined, or don’t even exist when I announce them. In the past that would have NEVER happened.

So whilst perfectionism is a trait I exhibit, I don’t relate to the identity of a perfectionist as it is perceived in the negative format.

Then this morning it hit me.

As long as the little bit I am working on is right, then I am happy to move forward and go with it.

Commitment To A Task

This morning I had a 2 hour zoom call with a collaborator and a potential client. Because of a significant time zone difference it was early morning for me and late afternoon for them. I had my breakfast immediately after and then set about closing the loops created in the meeting.

There is something quite powerful about staying on top of a project. In the past it would have been easy for me to put the actions arising from this morning’s meeting on my backlog board and then find time for them at some point in the future.

It is a form of mild procrastination. I’m not putting them off. I’m just not doing them immediately. It’s a subtle difference I used as a reasonable excuse to flit over to another task. But there is a cost to doing that. First of all there is the inevitable delay in the project you are working on because it is waiting for you to get those things done.

But more importantly there is the drain on the mental resources that will keep track of it whilst there isn’t a sense of completion about the things I’d committed to doing.

Today I have had the meeting, progressed the actions, parked the project ready for the next phase and have a clear mind that there is no more I can do on that task.

Wouldn’t it be great if I could get everything to that state? 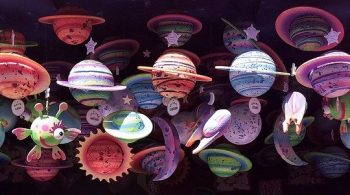