There are lots of tools, tips and techniques you can learn to develop your productivity.  Some are quite mechanistic, others are intuitive and many require technology.

Perhaps two of the biggest skills you can develop are your awareness and your willingness to experiment with new ideas and approaches, even if they come from spur of the moment inspiration.

In today’s episode I share how I have delved into the Go Getter mode and how I managed to stay totally focused well into the evening and past my usual threshold of quality task attention.

Today I want to talk about two things that have worked really well for me.

This morning, I had a four hour meeting with my mastermind group. During the meeting, there were lots of hot seats, lots of shares and lots of ideas.

I captured a lot of notes.

Historically, I’ve always had the bad habit of coming out of a meeting like that, with all my notes and going straight into something else without actually finishing off or closing down the meeting I’ve just been to.

And what that has meant is I’ve been left with a couple of things.

First of all, it meant there have been some open loops in my mind, where closure hadn’t been gained.

And then because I was going to leave it till later on to deal with it, my recollection of what had gone on would be a little bit sketchy. And so my contribution to any followup wouldn’t be as effective.

I Tuned In To My Inner Go-Getter

And so what I have done today is this.

As soon as I finished the meeting, I went out for a quick walk, 10 minute walk to get my steps in for the morning. Then I came back in and I processed the meeting straight away.

I went through my notes, pulled out the key actions, identified the key lessons, popped them into Evernote and scanned the notes for future reference.

I may never ever look at that stuff again. However, I’ve got it archived and filed for reference.

More importantly, it’s another little reference point to me and my brain and my identity to say when I do something, I clear it away and close it down immediately.

I get it filed and it’s sorted.

I can move on to the next thing to do. I’m not going to leave any loose ends in my wake that it can either trip me up later on or more importantly, have a drain of my mental load because of the open loop that was created.

I’m finding that I’m starting to do that when I get into this “Do it Now, go Getter” type mentality.

When I’m in the zone, when I’m focused, when I’m moving forward, it’s much, much easier to do that than when I’m more lethargic.

When I’m in the focusing zone, it just gets done. It just took five minutes to do. And then there it’s done. I didn’t want to do it. I think there was a big resistance, I’ll must admit, but I did it anyway.

So that’s the first thing about today.

Now, the second thing I want to talk to you about is, something that I’ve done tonight.

I work best during the morning. I’m at my best until about 2:00 in the afternoon. Then after that, I find that my mind gets a little bit foggy. I’m a little bit drained, and I don’t think as clearly as I want to.

Today, because I spent the best part of my best part of the day in a meeting, it meant that when I came to do my thinking work later on in the day, I wasn’t as focused and I wasn’t as sharp.

It’s nearly midnight now as I record this and I’ve been working on a project of helping my virtual assistant get up to speed.

I had to do this today. I couldn’t leave it. And so I’ve pushed my effort well into the evening.

Now, normally I would struggle to try and apply myself for very long at the end of what has been quite a mentally draining day.

So tonight, I thought “How can I do this now? I need to get my steps in for the day and also do this work.”

So here’s what I did.

Here’s How I Got A Boost Of Mental Thinking Juice

I set a timer for 30 minutes and did 30 minutes of work on a particular project.

At the end of that, I then did 10 minutes walking inside my apartment because it’s been thundering and raining all day today so I couldn’t go outside.

After a quick 10 minutes walk in the flat I went back into work for another 30 minutes.

I used the timer for each activity and I’ve been able to do two and a half hours worth of work and get my steps in and stay fresh in that time.

It’s quite a revelation to me because I normally find myself thinking I can’t do something when it comes to working into the evening.

I’ve previously believed I have a mental state that’s not productive at that time. But this time I had to do it, – the deadline drove me.

There was a sense of urgency that came from the mindset I had earlier on today when I finished my notes after the mastermind group meeting.

I was determined I was going to get this job done and I’ve nearly finished it now. I’ll be able to go to sleep tonight, tired, but satisfied that things have been done.

And that’s just one of the approaches that I’m using to move my productivity forward. 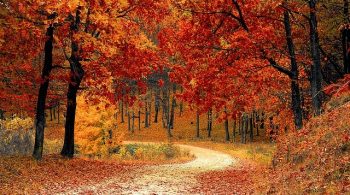 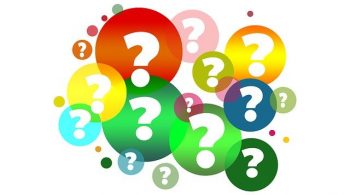 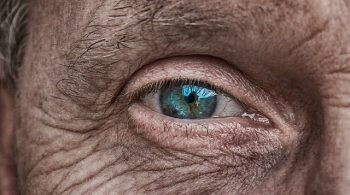