After my euphoria yesterday when I began using my new research and idea generation process, it is time to get real about what is actually needed to make this new process work.  In today’s episode I reflect on the challenges I will still have to overcome and what my plan is for moving forward with it.

Now today’s episode is going to be called “Just Because It’s In Place Doesn’t Mean It’ll Keep The Pace”.

So let me give you some background. Yesterday there was this huge euphoria because some of my process worked. The little bit I tried actually work.

Now this is the process I have been putting together to help me with my research and development needs and the capture of ideas for the development of new products.

After the euphoria of yesterday where I tried it for the first time and it worked, I’ve now got a focus on making it all work. Yesterday, I only used a little bit of it. I need to keep using it so that it keeps the pace.

Now, the old way might’ve actually been no way at all, which is the case here. But even if it wasn’t, the thing is I’ve got to instil a new habit.

In this case, I’m not necessarily overwriting an old habit. Although strictly speaking the old habit was not doing anything with the information as I discovered it and not actively researching it. But I’ve got to instil a new habit.

Now the other question I’ve got to ask myself is, do I have a functional system? Well, I’ve got version one, which is a starting point and I’ve got the risk that it doesn’t work.

Now the risk is if it doesn’t work properly, then I’ll probably revert to the old way because it’s easier. But t’s only easier because I’ve got used to the old way in my brain.

My brain has hard wiring for how I used to do repeated things. And because of the way the brain works, it tends to minimise the use of energy. So when it does things repetitively, it transfers it to a part of the brain that is much more efficient and effective and it’s more hardwired.

So the old way of doing things is going to be much stronger than the new one. Now I have to think about it with the new system. The easy way for me if it doesn’t work properly, is to default to doing nothing (which was happening before).

So the potential is that I’ve got a nice new system but that it doesn’t get used. That could happen at this point in time because all I’ve done so far is spent time defining and setting up the system and the processes. I’ve had a go at making it work and it works.

But that’s not enough.

I’ve got to change my behaviour and make sure that I use it all the time and refine it so that it works for me all the time.

Now in terms of changing behaviour, I want to draw your attention again to the work of Aubrey Daniels. He created the ABC model of behaviour change – Antecedents, Behaviours and Consequences.

Now in episode 167, which was broadcast live from the Gare de Nord in Paris, I talked about consequences and their impact on changing behaviour.

Because what I’d done at that time is I had taken some people through some training and given them some information. That episode questioned whether they would make any significant change and I said it was unlikely even though the training was good, even though they loved it, even though the feedback was good.

I gave a number of reasons, I’ll just re re recite them again because it’s worth revisiting them.

The first one is that change is always a challenge. It requires us to get out of our comfort zone. With this new process, I am going to be doing something different. It’s going to feel uncomfortable whilst I’m getting used to it.

The need for me to do this is what’s called an antecedent. Now an antecedent is the trigger. So in the ABC method from Aubrey Daniels A is antecedent, B as behaviour C is consequences.

Most people think the antecedent (trigger) for a behaviour is what drives it, but it’s not. It’s the consequences.

So far I’ve said I need to do this (have a system for my research), but that’s an antecedent. It isn’t a consequence.

Now the other thing I said would affect those people making the change is that it might not be clear enough on what changes to make.

Now with my process, I’ve thought through in some detail and I’ve got quite a clear idea of what I want it to do and how I want it to work. But it’s not the clearest because I’ve yet to try it out properly. I’ve made it as clear as possible. So this challenge may not be as relevant, but it’s something I’m going to have to be aware of.

Another thing is people may not make their changes because they might have a fixed mindset. And now I know I have suffered from having a fixed mindset in the past and struggled to grow and develop even though I wanted to.

Now in this case, I think because it’s going to be such an important thing for me, and I’ll talk about that in a sec with the consequences, I don’t think this is going to be an issue for me.

And then come on to the next one, which is all about consequences. So coming back to this thing I did in Paris, they weren’t going to make the changes I’d suggested because they hadn’t yet experienced the positive consequences.

Now for me, that’s not the case because I have already experienced the consequences here when I tried it out for the first time, albeit briefly.

There are a number of types of consequences. The ones that make the biggest impact on changing behaviour are those that are positive or negative but immediate and certain.

Now, yesterday I had a huge amount of satisfaction from watching how the system will work for me. When I’ve applied it and I look to the future, I think this is going to be really, really good.

Now that’s satisfaction. Something I get in the moment of applying it. The drive for it working in the future isn’t as powerful as feeling good right now because I know in the future the benefits are going to happen. So it is a very subtle thing going on there.

Just going back to things that potentially might stop people from taking on board the information I shared with them in Paris, they’re busy people. They might just revert to what they’ve always done.

This is a challenge for me as well. I’m busy with a lot of things going on and sometimes I default to the easy way out. I think in the past I’ve let this important part of my business drift a little because I’ve been too busy doing other stuff.

Here I’ve only got myself to hold to account.

Now I am really quite excited by what’s happened with the process so far. But I realise I needed to start working the system because I can’t just leave it there sitting looking shiny and just hope it works. I’ve got to make it work.

So today I’ve started applying it and I went through and spent some time putting things into it.

I discovered some flaws in the system, which hadn’t appeared earlier on. I added a missing tag I needed. I found a template needing to be redesigned.

But what’s really come out of this as well is this huge satisfaction knowing that this is going to have a huge impact on an important part of my business.

Because I’m invested in this, because I put this together, because it’s a need of my own, I am fully committed to making this work, which is an interesting point to note if you’re incorporating changes with other people.

I realise I can’t just think I’m done having got this far. I’ve really got to work hard at making this happen.

I’ve seen this for myself that the satisfaction that I’m getting just by using it is enough of a consequence for me to keep using it. My behaviour will grow. It will strengthen and deepen until it becomes a habit and it becomes automatic.

I’m still not there yet. I’m just hypothesising that’s the journey I’m going to be taking in the future,.

I know I’ve got to make that happen.

So my process is in place. I know it works. It needs refining. I still got to put a lot of effort in to make sure it continues to work and reap the rewards and reap the benefits that I anticipate it will. 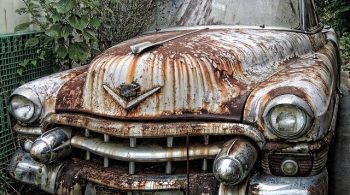