I’m in the middle of preparing a Productivity Masterclass and one of the topics is that of reducing mental friction. So today I thought I’d share some of that content and explain how I’m using it in my own work.

Friction is a force of resistance.  It slows down progress.  If you have two different surfaces moving across each other then any friction between them will impede that movement.   The more friction, the slower the progress of one surface over the other.

When you have to walk across an icy surface, throwing some grit across it will stop you from falling over.

But sometimes friction is a bad thing.

In the engine block of your car, if you don’t do something about the friction between the metal surface of the piston and the cylinder it moves in, your engine is very likely to overheat and seize up.

That’s why we put oil in our car engines.

So how does friction apply to our productivity?

Well it ties in with this fact.

The brain is fundamentally lazy.

At the very base level our brain has just two functions.  What do you think they are?

Now when it comes to thinking, we have two modes.  A default mode that is always on – Daniel Kahneman who won the Nobel prize for economics called this system 1 thinking.

So if I say to you “The grass is…..” You might finish the sentence with “green”.  That is the obvious answer.

It is the one the brain will go straight to because it is the easiest answer.

If I say 5 multiplied by 3.  You’ll probably answer 15 straight away.  That is your system 1 thinking doing the job.

The answer probably isn’t obvious to you.  In order to work it out you have to think quite hard, even if you wrote it down.

Daniel Kahneman called this our system 2 thinking. It is thinking that requires effort and must be turned on to activate it.

So if you are faced with a choice between doing the sums 5×3 or 17×28 your brain will pick the easiest route.

So when it comes to productivity, your brain will always want to take the easiest route.

What is the easiest route – it is the one with the least friction.  The one where it can do the least amount of work to get a result.

In your work, if you can take away any difficulties, challenges or unnecessary steps that get in the way of doing your job, or that make it harder than it needs to be then you will be doing your brain a favour.

What you are trying to do here, is reduce the amount of unnecessary deep thinking work you have to do

So if you have to keep writing a report from scratch every time it is needed – that is an example of friction.

If you have to repeat a task but can’t remember how you did it last time so you’ve effectively got to solve the problem again – that is an example of friction.

If you do something that currently takes you 7 steps, but with a bit of thought could be done in 3 steps, then that is an example of friction

Here are just a few ways you could reduce friction in the work you do:

Generally just try and create the easiest route for your brain to get the job done so it expends the least effort.

There are a number of ways of doing this, technology of course being one of them.

Today I have been putting some work into a process that will save me a lot of bother tonight (see below) and in the future.

I have to jump to system 2 thinking to create it but once it is done I’ll be able to stay in system 1, because all of the thinking donkey work has been done for me already.

The process is the technical set up for recording a Skype video call with someone.

I’ve drafted it, refined it and tested it today ready for its first proper run out later on tonight.

I am starting a new podcast. Now don’t worry, I’m still going to be doing this one. The new one is an interview podcast, still about productivity, but one where I find out what others do to help them be productive.

I am going to be interviewing highly productive people and experts in fields that can help you and I become more productive.

The first interview is taking place tonight. It is going to be late because I am interviewing a very successful businessman based in New Zealand.

I’ll let you know how it goes and what I learn.

363 Let Your Subconscious Do The Heavy Lifting 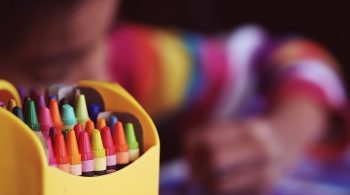 363 Let Your Subconscious Do The Heavy Lifting 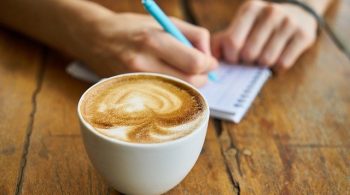 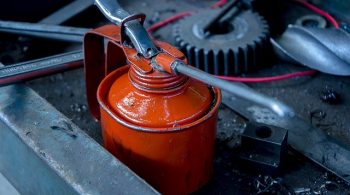