I may have mentioned this, but a cold shower routine is part of my daily existence at the moment. I am currently on a run of over 50 consecutive days of having a one every morning. Yesterday I nearly broke that run. I explain how that happened and what I did to recover from this near miss.

Routine Interruptions & Commitment To The Cause

Recently I got a massive insight from Sales Guru Gavin Ingham of #IAM10 fame. He was extolling the value of having a system to create repeatable results in a sales process. Aside from the consistent results you get when you work a proven system, he says a huge benefit is that the system will force you to do things at the right time even when you don’t want to.

If we leave our activities to the will of choice of the moment, then we will pick the things that are most agreeable to us. It was a really powerful point and one that I have been reflecting on myself over the last couple of weeks since I heard him talk about it.

Well yesterday I had an experience of my own where that exact scenario played out.

My morning “system” is a structured set of activities from the moment I get up until the moment I start work. It sounds quite rigid when I explain it like that but it is a series of activities that has grown and developed and expanded over time. The last evolution is my morning shower which culminates in at least 60 seconds of the coldest water I can get out of my shower.

Yesterday I decided to delay my shower until later in the day. My partner had stayed over so I had breakfast with her before she left for work in the time I would normally be having a shower and getting dressed. I like to get going on time so the delay to the shower seemed to make sense.

Fast forward to later in the evening. I fell asleep on the bed and didn’t wake up until gone midnight. I was semi-awake when I realised I hadn’t had my cold shower for the day. So I got undressed and crept under the duvet…which was now nice and warm because my partner had gone to bed earlier.

She was awake and I mentioned to her that I’d not had my cold shower for the day. We had a conversation about it and she felt it was ok for me to skip a day. I contemplated that at an option because I was warm and snug and drowsy and just wanted to go to sleep.

I had a mental wrestle with whether I should just drift off to sleep or actually have a shower. I can definitely tell you that one was an easier choice than the other.

But knowing that I’d beat myself up in the cold light of day, I harrumphed and got out of bed to have a shower. I had a quick hot shower and then turned the cold water on. It was a shock – more so than normal because instead of being in a waking up mode in the morning, I was in a shutting down mode prior to bed.

I’d probably already shut down if truth be told on this one!

So I let the cold water run over my body for 10 seconds (well a count of 10 really which was probably about 7 seconds knowing how fast I count under cold water!) and then got out of the shower.

I was hoping I’d get away with a token gesture of a cold shower. I’d had a cold shower for that day. Tick. Job done.

I was drying myself off, semi congratulating myself for having a cold shower when I didn’t really want one, when I realised that I’d sold myself short. I knew that even though technically I’d had a cold shower…. It wasn’t consistent with the standards I’d set myself for the previous 54 days.

So even though I’d part dried off, I turned the shower back to warm, got in and then set it to the coldest it could be and stayed under for a count of 120 which roughly equates to 60 seconds.

I felt good after doing that.

So Gavin’s quote about dong things when they’re convenient rang through my mind as I got into bed. Once I’d departed from my system, I allowed my emotions to dictate what I chose to do. I really didn’t want to get in that shower – even for a warm one never mind a cold one.

But more importantly I didn’t just pay lip service to it. I let my standards take over and got back into the shower to do it properly.

That is commitment to the cause! 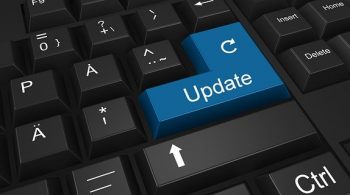