Over the last couple of day I have invested a considerable amount of time to put in place a system and a set of processes for capturing the research necessary for me to stay current in my areas of professional interest.

It was a labour of love and today I got to taste some of the fruits of the early success I’ve had with it.

In this episode I share my small (but sweet) victory with you.

Now today’s episode is going to be called “It Works. It’s A Small Victory, But It Still Tastes Sweet.

Now, to give you some background, over the last couple of days, I’ve been developing a new process to allow me to research and capture ideas on the various topics that are important to me in the work that I do.

It’s been a labor of love. I’ve enjoyed it because that’s how my mind works. I really love creating processes. I really love making efficiencies out of things that need to be done and there’s something that juices me like I can’t describe.

Now that I’ve created this thing, my only concern is that maybe I have over-engineered it. Maybe it’s over complicated because I have a tendency to do that.

This also may link into why sometimes I have this fear of failure. Therefore things never get out because I make them too complicated. Therefore they can’t fail…. But that’s a story for my therapist.

So today, having created yesterday system, I used it for the very first time. I was scanning the BBC news website this morning and I found an article of great interest to me. One that talked about the factors that can extend our longevity in terms of the way we operate our health.

It basically supported many of the things I already do. And it just gave me some research that I can use and draw upon to substantiate my approach to health. And I thought this was really useful. So I thought I’d capture it.

I used the Evernote capture tool and it went into my system like a dream.

Now the interesting thing about it is that I discovered how flexible my system was. This was because I realised in identifying this piece of information that I had missed out on a particular topic that I knew I was interested in, but forgotten the importance of it to me and my work.

So I needed to create a new set of folders for the system and for this particular piece of information. And my system is flexible enough to do that.

So it’s the first time I’ve used it. It was only a simple thing. It’s the first thing I’ve captured. I’ve still got other things I want to capture, but it worked and it feels great.

Now yesterday I talked about the sense of relief that I got from knowing that when something comes my way and it’s of interest, I have somewhere I can put it that I can go back to it. I can then later process it and be able to use it for my work.

But today just by using it and for the first time I got the three C’s.

I’ve got a feeling of clarity because I’m able to see something that’s available to me and put it somewhere where I know it’s there.

I’ve got a feel of control because I am in control of information, not swamped, and I know exactly what I want to do with it.

And I got a feeling of comfort because I know where it is to go back to it whenever I need it.

So today has been worth the heartache and the thought processes, and I suppose the joy (I’m lying about the heartache) that I put into creating this system.

It works. It’s only had the first test. I’ve got to do more work on it. I’ve got to put more information through it. I’ve got to really evolve it so it works even better. And really, I suppose I need to pressure test it, but I’m confident it’s going to survive that.

I’m just really happy I’ve made some progress. If it has to change, then it has to change to adapt to my needs, but it’s a starting point and I feel much better by having it than not. 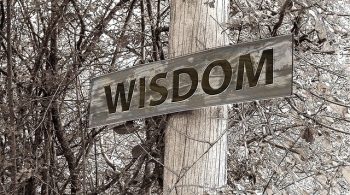 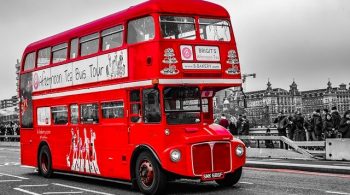