First of all a very Happy New Year to you and yours on this first day of 2020. It’s quite possible that at some point during the overnight festivities you committed to a New Year’s Resolution. Many do and many will fail to keep to their resolution probably within 1 month.

In this, the first episode of the decade, I explore and explain why it is so hard for so many to keep to their resolutions and what you can do to stick to yours if you have made one.

00:46 – Did you succumb to the social pressures of setting a New Year’s Resolution.

01:00 – Here in the UK it is estimated as many as one third of Britons set a New Year’s Resolution (NYR). Usually they are health based but often they are about acquiring a new skill or learning a new language.

01:45 – So why do the majority of people fail to achieve their NYR? Well that’s why I have called this episode “The Nuisance Of New Year’s Resolutions.”

02:08 – First of all let’s acknowledge that having the aspiration which is framed in a NYR format is admirable. However it does pain me when I see so many (including myself in the past) failing to achieve their goal set just after midnight on New Year’s Eve.

02:23 – The problem lies in the fact that it is our pre-frontal cortex that decides something needs to change and doing it in the New Year is the best time to do it.

02:38 – Unfortunately the pre-frontal cortex (thinking brain) is both very slow and incredibly weak (when compared to other parts of the brain).

02:56 – It is our much more powerful and far faster emotional (mammalian) brain that drives our behaviour.

03:38 – The tussle between these two brains is like the fight between a 4 tonne elephant (the emotional brain) and its 9 stone rider (the thinking brain). There is only ever going to be one winner.

03:56 – People do change because change is possible when you make the changes in the right way. Here are those changes:

08:52 – If you are prepared to use these tips to achieve your NYR, then why not use the all year round to make the small changes that when built up over time, can and will create success for you in any endeavour. 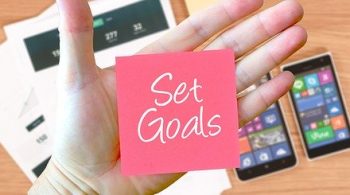 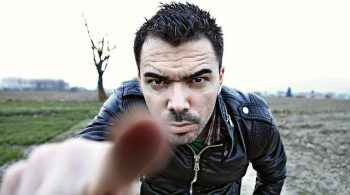