00:20 – The context to this episode on context switching – the scope and complexity of one of my projects.

01:12 – I have picked up this project again after a 4 week break from working on it.

02:16 – The definition of context switching.

03:33 – The hard cost of context switching. The more projects you work on, the more inefficient you become.

04:59 – My work around to help reduce minimise the impact of context switching.

06:20 – Examine the projects you are working on and explore how using my work around might help.

I am working on a long-standing project that involves working with two separate organisations and nine people spread across three different time zones. The activities require negotiation, a gathering of consensus and identifying a degree of process.

There’s a significant amount of money involved, so it’s quite an emotive issue.

My role in the process is one of coordination and the activities are quite complex because they involve legal issues, regulatory issues and there are tax implications.

I have been working on this project for a while now and it’s something that I have to pick up every so often and reinvigorate before moving onto something else.

I’ve picked up again recently after parking it four weeks ago and I want to talk about the challenges I’ve had.

I’ve had to get back up to speed with something that I last dealt with four weeks ago. Now the reason for the delay is because I’d got to a point where I’d injected some energy into it and was waiting for the repercussions of that.

With that having happened, I now needed to get back into the project. I needed to reacquaint myself with the issues, remind myself of the outcomes and look at the status of the communication that’s been going on between the various parties concerned.

That took a significant amount of time and also quite a bit of brain power. The reason for that was because I needed to recalibrate where I was and get back up to speed with doing this project.

This is what’s called context switching.

Many people believe that multitasking means they are being productive by having multiple projects on the go. They think it means they are getting more done when actually that’s a fallacy.

Research has shown that less than 2% of people naturally are able to multitask and most of us, 98% of us, are unable to do so.

If I’m doing one task and I stop that to move over to start a second task, I’m going to lose a degree of productivity because I may have to park the previous task. Though usually with most people, they’re just interrupted by the second task and jump to it immediately.

I need to get up to speed to recalibrate myself to the new task before I can start making any headway into it. And even then, once I start working on it, it is going to take me a good 12 to 15 minutes to get into the zone where I’m being productive with that.

The hard cost in doing that process is the downtime between ending the first task and getting back to a productive level with the second task.

The research has shown we will lose as much as 20% of the time by switching between projects.

I recently saw someone talk about this and they said if you had one project to do during the day, and that’s all you focused on, there is going to be no loss because you’re focusing on one project.

But if you try and work with two projects, the loss in the context switching is something like 20% per project, so you will lose 40% of your day. That means only 60% of your time is available for productive work.

If you work on three or four projects then obviously that increases the time wasted through context switching.

Now it’s a very powerful realisation when you suddenly work out that by trying to achieve multiple projects, you’re probably delaying them all further than if you did one to completion, then the next to completion and so on.

I’m aware of this in terms of context switching and because of the complexity of this particular project I’m working on, I’ve been keeping a running log. This is a capture of the actions taken, responses to questions and the status of a variety of things.

In the same running log I’m also tracking and keeping copies of the correspondence of emails sent out and responses received. So I can go straight to this document and know exactly what the status is of all aspects of the project.

It’s been a very useful exercise.

The only trouble is today when I went to my running log, I realised I hadn’t kept it up to date when I last parked the project.

There were emails I hadn’t taken into account. There was a telephone conversation I’d not made notes on.

And so it took some time to make those corrections get back up to speed so I could then move forward with the project.

So on the one hand I have this challenge of context switching. On the other hand I have a way that I can at least mitigate some of that by keeping a running log. But thirdly, that only works when I make it work and I do it properly.

This concept of context switching is really important.

The question I’d ask you is look at what you’re working on and if you find yourself switching between different projects on a regular basis, then you’re likely to be losing a significant amount of productive time.

If you have to switch because you need to deal with multiple things, recognise you are going to be operating inefficiently. However, help yourself by keeping a running log if that’s appropriate to the scale of the project, to keep track of where you are so that when you shift you can pick it up straight away.

Relying on your memory is not going to be that effective because it can be affected by all sorts of things such as stress and even mild overwhelm. And our memory is nowhere near as accurate as paper and pen.

So that’s Today’s episode. I hope it has been of use. 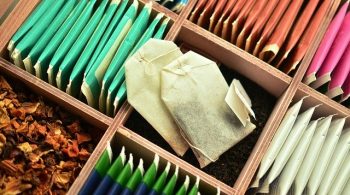 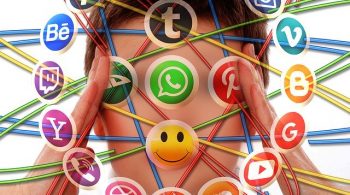