Over the last week or so I have been implementing my new approach to emails and although it is early days, it is going very well, almost to the point of it being effortless.

In today’s episode I share a bad email habit of mine that surfaced during my deep dive into my inbox last week.  I explain what was going on and the implications of it to the quality of my communication.

However the importance of this issue hit home to me when I was on the receiving end of this bad habit from someone else.  It helped me frame my approach and adjust my behaviours.

Listen to this episode to discover what happened and to identify whether you have the same bad habit.

Now today’s episode is going to be called “When It Comes To Email, Any Response Is Better Than Zero Response”.

So some background to this. As you will be aware of or you might be aware of if you’ve followed the last few episodes, I’ve been on on an ongoing drive to improve my email effectiveness.

I set it as a goal four weeks ago, and finally got round to it over the last 10 days or so. In episode 199 a couple of days ago I outlined my email policy. And since then I’ve been working that policy and it’s working really well.

And now email seems effortless, although it’s still early days yet. But I am making progress.

Now one of the things that came up for me is I had a previous really bad habit about emails which was letting emails sit in the inbox.

They’d either be unopened or if they were opened, unanswered, or not dealt with. And usually there was no acknowledgement from me to the sender that the email had even arrived.

I was so mired in those, I forgot that on the other end of that email, the sender, there was a real person. They might be in a situation where they needed a response from me in order for them to move forward with what they’re doing.

Certainly the very least I should acknowledge the effort they’ve gone to in order to communicate with me. That’s assuming it’s a one on one email and not because I’m a name on a list. I should thank them for sending me the email.

That’s the very least I should do as some form of positive reinforcement to say thank you for keeping the lines of communication open. But I generally didn’t.

And the downside of me doing that is I had set the standard for the quality of communication between us; that it was okay for delays; that silence and not responding was okay. That sets the tone for the relationship but also the quality of the communication.

That’s not good communication for business or for any sort of relationship.

Another downside is that I was creating a habit in myself of putting things off – a pattern of indecision.

Also fundamentally it’s just downright rude not to acknowledge someone who’s taken the time to send to some form of communication to me.

Now this hit home for me this week when I was on the other end of that poor e mail behaviour.

I’ve been working with a client and we’re looking to identify a particular solution about how we deliver something we’re working together on.

They had suggested a solution which seemed okay and it seemed to solve what we’re trying to fix.

I went away and over the weekend I thought of another idea. There are some challenges I see with our current solution and I think there’s something else we could do that will meet what we want to achieve and more.

And so I sent them a detailed outline of the alternative, with pros and cons as to why this might be better than the solution that is currently on the table and maybe perhaps why it might also be worse.

But overall I said, look, this is an alternative. Now I didn’t pitch it to say this is what I want to do. I pitched it as an alternative and I clearly said, look, if you don’t want to go down this route, we’ll stick with the one currently on the table. I just think this might be better for us.

So I sent the mail…

And I got nothing back. It was a tumbleweed moment.

And as a result of that, I feel undervalued. I’m thinking “There’s no point. Why did I bother?”

So I’m now on the other end of what I’ve been doing for so long with many of the people who send me emails – karma, what goes around comes around.

Now I’ve realised the impact of that on me. Now I’ve not followed up with them. They could be busy. There’s all sorts of reasons why they’ve not acknowledged it. They might be getting round to it at some point. They might be just doing what I was doing, going through all of this stuff and at some point they’ll get right into it.

That doesn’t matter because the impact of not receiving any acknowledgement is one of negative emotion on my part.

I can rationalise why they’ve not got round to it, but because I don’t know, I’ll automatically go to what my emotions are telling me.

So what am I doing now so I don’t continue this bad habit for myself?

Well as I’m moving forward with my email policy (you can read all about that in episode 199), I’m now acknowledging receipt of the email.

I thank them for the email and sometimes if I’m unable to deal with it there and then, what I’m doing is I’m telling them what the next steps are.

I’ll tell them “Thank you for your email. I will look at that and I’ll get back to you by the end of the week with the alternatives for you” for example.

I’m now getting back to them with the next steps. The next steps might be “I’m not going to move this any forward. I can’t do this. I’m sorry, come back to me in three months when it might be a better time to do that”.

That might be an alternative and I may even put a deadline of when then to come back or when I’m going to respond to them.

So what I’m doing is I’m acknowledging the receipt of their email and saying what I’m going to do with it.

I think that is courteous. I think it’s more professional and everyone is clear where we stand on that particular issue, even if they might not like it, because I may have turned them down.

And I think it’s a much better way of doing it.

So as the title says, when it comes to email, any response is better than zero response. And this is the sort of response I’m now putting in place as I deal with my emails. 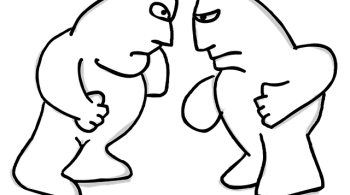 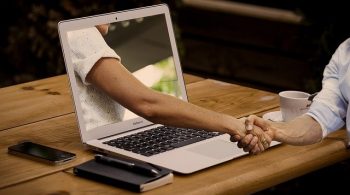 197 Drawing A Line Under My E Mail Dysfunctionality

197 Drawing A Line Under My E Mail Dysfunctionality